James Beresford the star of the legal 500 and STEP Northwest probate and estates pinup boy fails to appear for a court date in London today.

In fact the BLM compliance team also failed to even step in for the golden boy of English probate, so it must be true BLM got rid before the CLYDE & Co merger with BLM.

Oh well nothing new here as poor James was on a hiding to nothing that even his so-called superior skills could not overcome it seems the writing is on the wall for the Amazon best seller telling the world about his virtues of the art in the deal of probate matters.

Where-ever he is lets hope for the sake of his new clients he’s not in probate or estate management anyone that breaks a court order not once but three times in the space of 2 years really can’t sleep a wink at nights, yes we know how does one proof that statement?

Easy his only job was to protect the first removed executor P. Bartlett of Chester who valued 32 Hoole Road,  Chester at £450,000 when it had a zoopla value at £1.3m.

Enter Beresford who was appointed by the Northwest Law Society 2020 who claimed it was only worth 500k and used a very dodgy surveyor from 63 miles away in Preston to give a valuation of only £345,000 for a 10 bedroom 8 bathroom property (probate scam).  Now RICS has taken over 1 year of investigations into this valuation scam.

First Beresford lists 32 Hoole Road for 450k the son of the property complained and SDL auctions got cold feet at changed it to 500K as shown below.

SDL got told by a master of the rolls building if they only sold it for less than the 7450k court order of Dec 19 they would be liable for the losses so they bailed out and dropped the sale even though they stated they had a bidder for nearly 6 months.

The next 6 months a property next door less than half the size sold for £750,000 on the open market would anyone want James Beresford as their executor???

Then James Beresford was forced to agree to an UNDERTAKING not to sell for less than 750k so he instructed Cavendish to market property at 750k as shown below. 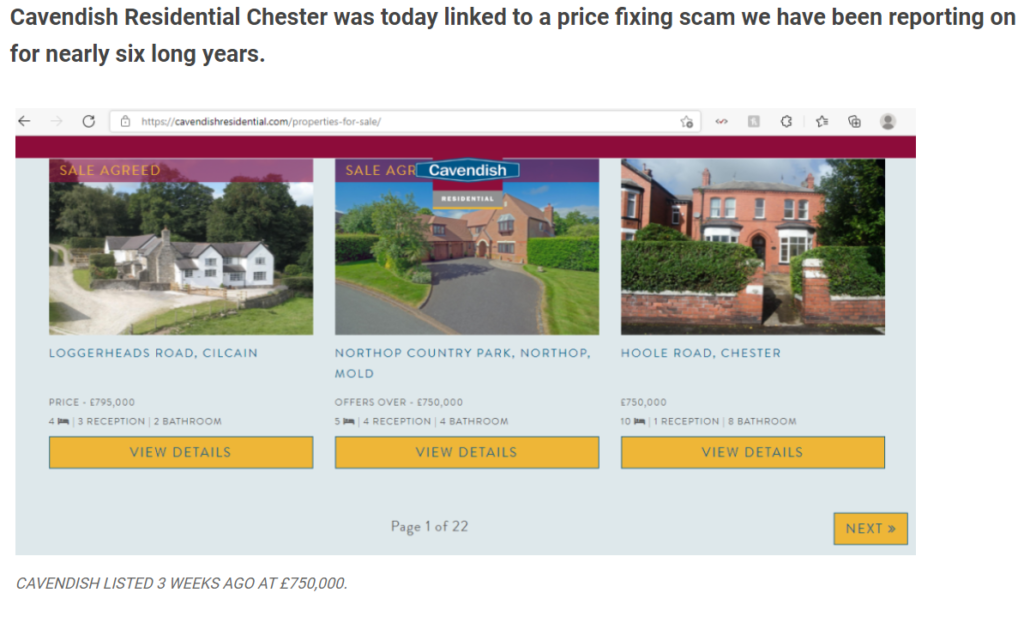 2 weeks later and remember Cavendish Chester wanted £800,000 min he decided to drop the price again to 500K this guy is a living probate scammer nightmare this is why BLM had to get rid of him before this CLYDE & Co Merger.

Screen captures are a nightmare for CLYDE & Co, BLM Law, Cavendish Residential and James Beresford but these probate Scammers from hell are on borrowed time but there countless other up standing legal professionals abusing this massive money grab with little to no comeback for victims of Probate Scams such as these with Liverpool’s Lord Hodge deep in this mire.

Its the duty of every executor to maximise the estates value Beresford tries and does the exact opposite at every opportunity?  We ask again why did he do this, who was he protecting, why did BLM law and Charlotte Pritchard not Stop it happening?

The only conclusion is they are all part of the probate scamming playbook and simply can not be trusted! 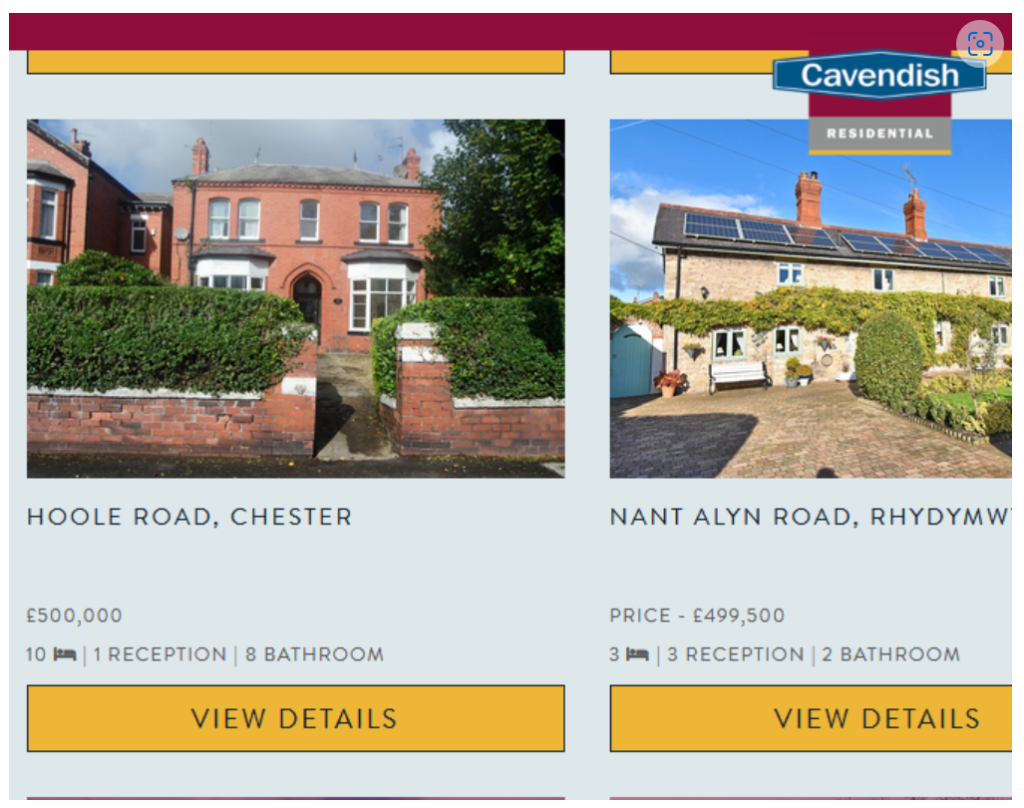 One thought on “JAMES BERESFORD LEGAL TOP 500 FAILS TO SHOW IN COURT.”

We use cookies on our website to give you the most relevant experience by remembering your preferences and repeat visits. By clicking “Accept”, you consent to the use of ALL the cookies.
Do not sell my personal information.
Cookie SettingsAccept
Manage consent

This website uses cookies to improve your experience while you navigate through the website. Out of these, the cookies that are categorized as necessary are stored on your browser as they are essential for the working of basic functionalities of the website. We also use third-party cookies that help us analyze and understand how you use this website. These cookies will be stored in your browser only with your consent. You also have the option to opt-out of these cookies. But opting out of some of these cookies may affect your browsing experience.
Necessary Always Enabled
Necessary cookies are absolutely essential for the website to function properly. These cookies ensure basic functionalities and security features of the website, anonymously.
Functional
Functional cookies help to perform certain functionalities like sharing the content of the website on social media platforms, collect feedbacks, and other third-party features.
Performance
Performance cookies are used to understand and analyze the key performance indexes of the website which helps in delivering a better user experience for the visitors.
Analytics
Analytical cookies are used to understand how visitors interact with the website. These cookies help provide information on metrics the number of visitors, bounce rate, traffic source, etc.
Advertisement
Advertisement cookies are used to provide visitors with relevant ads and marketing campaigns. These cookies track visitors across websites and collect information to provide customized ads.
Others
Other uncategorized cookies are those that are being analyzed and have not been classified into a category as yet.
SAVE & ACCEPT